Unfortunately, Tuberculosis (TB) is still prevalent and a major concern for the public health to this day. Though most individuals do not ever experience TB in their lifetime, some individuals are at a higher risk for exposure and development of TB.

Tuberculosis (TB) is caused by a bacterium called Mycobacterium tuberculosis. The bacteria usually attack the lungs, but TB bacteria can attack any part of the body such as the kidney, spine, and brain. Not everyone infected with TB bacteria becomes sick. As a result, two TB-related conditions exist: latent TB infection (LTBI) and TB disease. If not treated properly, TB disease can be fatal.

Latent Tuberculosis Infection is a diagnosis stating you have been exposed to the Mycobacterium tuberculosis bacteria, but your body is healthy enough to prevent the bacteria from growing. Typically, a person with LTBI has no symptoms and does not appear sick. LTBI is not a contagious disease; others will not contract LTBI from you. If a person diagnosed with LTBI becomes immunocompromised or takes medications to decrease their immune system, then your LTBI diagnosis may develop into Active TB Disease. There are preventative medications for LTBI to further assist your body in protecting the growth of the Mycobacterium Tuberculosis bacteria. Burke County Health Department offers free LTBI prevention treatment. The largest risk factors for untreated LTBI to become TB disease, is a history of Diabetes or lowered immune system.

Tuberculosis (TB) disease develops when a person who has an immune system that is unable to stop the multiplying and growth of the Mycobacterium tuberculosis bacteria after being exposed. TB disease may be contagious to others depending on the location of growth and may cause a person to become very sick. Every individual with TB disease will be reported to Burke County Health Department for management and treatment. TB disease treatment is MANDATORY by law and requires TB Nurses to be an active participant in outbreak prevention, treatment, and referrals. TB disease treatment is free and requires close monitoring.

a bad cough that lasts 3 weeks or longer

pain in the chest

coughing up blood or sputum (phlegm from deep inside the lungs)

Other symptoms of TB disease are 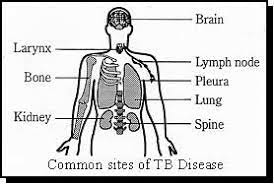 HOW IS LTBI AND TB DIAGNOSED?

A doctor uses your medical history and several tests to help diagnose TB disease. Tests may include:

Skin Tests (PPD) or Blood Tests (IGRA) to detect the presence of exposure to TB.

Further tests may be ordered by your doctor to further investigate the extent of TB disease and your overall health.

If you are a person who is needing to be screened for Tuberculosis related to School, Work, or entry into a LTCF please make an appointment with our front receptionist at 828-764-9150.

If you have been exposed to Tuberculosis, were born outside of the US, had recent travel, or have symptoms of Tuberculosis please call 828-764-9150 and ask for your local Communicable Disease Nurse today for evaluation. 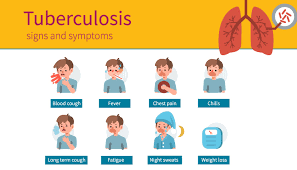